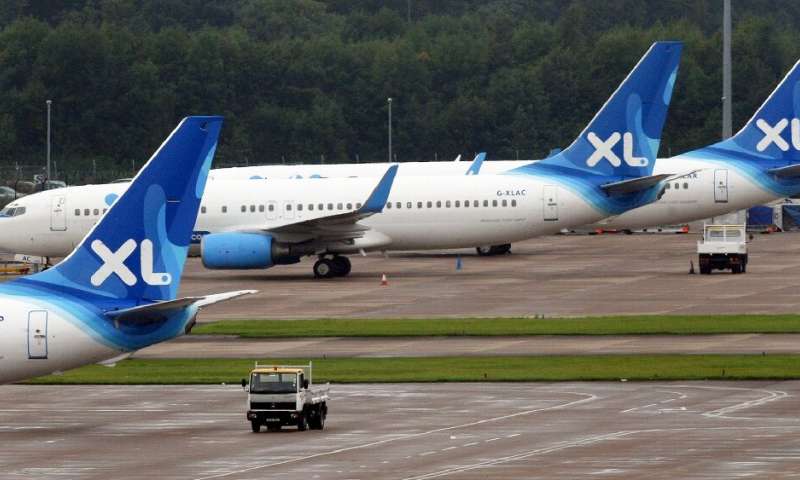 
Ailing French airline XL Airways said Monday that it had halted all flights after failing to attract any takeover offers over the weekend, heightening the likelihood of bankruptcy just days after another French airline collapsed.

XL operates four Airbus jets serving mainly cities in North America, and some destinations in China, and had around 730,000 passengers last year.

It stopped selling tickets on September 19 and was placed in receivership a few days later after warning it could no longer pay its bills, and said it would seek a rescue bid.

But no firm offers emerged ahead of a Saturday deadline set by the commercial court of Bobigny, outside Paris.

A new hearing on the airline’s future is set for Wednesday.

“Current market conditions no longer permit us to ensure the long-term operation of the company,” XL said in a statement.

No details were available on the number of passengers affected by the cancellation of the flights.

Chief executive Laurent Magnin has said the company needs 35 million euros ($38 million) to survive, and blamed in particular competition from its low-cost rival Norwegian in the US market.

“We didn’t see Norwegian coming, with its new planes, and applying a low-cost model for medium-haul flights to long-haul flights,” Magnin told the Journal du Dimanche newspaper this month.

He also said XL had suffered from the “yellow vest” anti-government protests that erupted last November, which often became violent and drove away some tourists, especially from Asia.

“When our flights from China ended up being three-quarters empty last winter, things got complicated,” Magnin said.

He called in particular on Air France, the country’s former flag carrier, to step in with a bid to save the airline and its 570 employees.

But Air France CEO Benjamin Smith said last week that he saw “no benefit” in taking over XL.

The airline’s plight comes after France’s second-largest airline, Aigle Azur, was shut down by a court on Friday after also failing to secure any takeover offers.

Wind power from the sky